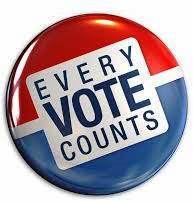 No matter who gets elected on Nov. 8th certain basic facts will remain as realities for all to confront. It is the unbridled grip of Digital Technology and its implications for the jobs and economic benefits for any one across the globe. The postmortem will include the rise (or fall) of the Republican candidate enabled by twitter, cable news and internet. Such postmortem will also include the impact of the three paragraph letter from the FBI Director, e-mails, servers and their repeated reference in the Digital Technology enabled print, internet, TV and cable media.

As an example we came across an essay in NYT titled “How the Internet Is Loosening Our Grip on the Truth“.  While we agree with the conclusion, we would like to offer a broader perspective.

Truth is something that a rational mind arrives at as a result of reflection and analysis. It is always something “New” for the informed. Hence the grip on the truth is always limited to those who bring a broader perspective and a sense of purpose in what they read (We call them as the System Thinkers and Transformational).

Evolution in Digital Technology enabled capabilities – including internet – have been fostering capabilities that increasingly separate these two groups of people: Few thinkers who arrive at the truth Vs. Millions of “believers”.

Effective use of internet requires more thinking and reflection on the part of many more, rather than a lazy acceptance of what is available in it.  While the internet – through ready access to information – tries to make you dumb and lazy. One has to force oneself to be vigilant for us to not lose the grip on truth.

In other words, while Internet is the enabler, it is not the cause. The cause for our loosening the grip on truth is our failure to understand the nature and capabilities of the tool we have on hand.

One can look at Internet as one of the products of a broad class of outcomes enabled by Digital Technology and its applications (DT). We have traced its effect and the resulting Binary Economy in our books. https://stimsinstitute.com/20151207books/

These are the two extremes – the binary choices – in our world today. The few who reflect, analyze and add value (we call them as system thinkers and Transformational) and the millions who merely absorb and replicate! There is nothing in the “middle”. This includes middle class jobs.

The same goes for “Globalization: When President Obama spoke about Globalization recently we wrote a blog post in which we highlighted the growing chasm between those who create “New Solutions” Vs. those who merely follow the orders and carry out tasks (like absorbing and passing along the information, without discerning the truth in it).

This inequality is now deeply entrenched thanks to unbridled deployment of DT. This is like life before and after electricity. With a flip of the switch the entire room can be lighted. With a faulty switch one can get electrocuted and die. Same holds good for un-regulated deployment of DT. The well-lit room is analogous to the quick fortunes for the wealthy, while the electrocution and death is the slow economic meltdown of anything “middle”: middle class wages, skills, capabilities, production volumes, middle tier price for consumer goods, etc.

There were rules and inspection procedures set up for the proper use of electricity, while avoiding the dangers in its use. No such rules or regulations exist for proper deployment of DT that can benefit the rich while also taking care of those affected in their economics.

One can apply the same analogy for information and the truth discerned by a few and the false hood spread across the millions.

Now it is your time to reflect, discern the difference between facts and lies, between promises and delivery, between proven records Vs. false pretenses. After such reflection go to the polls and Vote. Your future depends on it. Don’t be among the millions who are merely task oriented and simply sit on the side line with “information” over load.